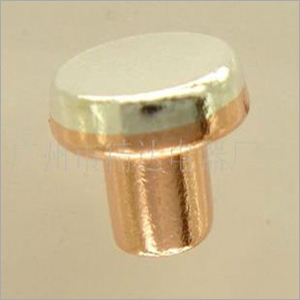 These new products recommended in 2001 can be widely used in temperature controllers. As contacting material, they have following features:

1, Face of this compound contacts are of iron with protruding points so as to reinforce the welding, say, make electrical contacts weld well with double metal slice and iron alloy. In common contacts, there are always shortcomings that silver and copper in them not welded well with iron base metal slice.

2,As far as the contacts of double kinds of metal are concerned, they will be out of shape it riveted tightly, while they will bring about increased resistance if riveted loosely. All these lead to the error in temperature controller.

4, In accordance with the current through the temperature controller, different silver alloy contacts can be chosen, for instance, AgNi (0.15), Agcdo, AgNi (10). 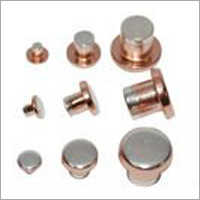